When I made MD I bought myself a Timex, not a Rolex

Making managing director is often the highlight of anyone’s career in investment banking, and it was for me too when I reached that rank at UBS in Hong Kong. But unlike many freshly-minted MDs, I didn’t celebrate the milestone with a round of extravagant spending on high-end brands. And throughout my time as an MD I didn’t feel the need for designer goods – I wore a Timex, not a Rolex, for example.

Why do a lot of MDs have a passion for luxury items? And why don’t I? Let me explain.

Bankers in Asia tend to prefer big global brands over local boutique labels. Many senior bankers don’t think twice about spending US$50k on a watch, and Patek Phillippe is an obvious choice if they don’t go for an Audemars Piguet. For suits, it’s often Zegna or Tom Ford, complemented by a Hermès tie. And if you see someone with a Tumi briefcase and carry-on luggage on a plane between Singapore and Hong Kong, you know he or she is probably a banker. Some bankers use their MD promotion to make more substantial lifestyle upgrades, such as trading in their Porsche for a Ferrari.

Why bankers spend so lavishly

Having seen many people get promoted during more than 20 years working in banking, I think that lavish spending on well-known luxury brands is largely to celebrate hard-earned titles. Some bankers have no time to shop, so by purchasing big brands they know they “can’t go wrong”. Others may want people to see and recognise their possessions. Their message is: ‘I have arrived! Look at my watch and look at my car!’. I’m embarrassed to admit that I had this mentality when I became a vice president some 15 years ago.

Why didn’t I splash out?

So why didn’t I spend as much as some other new MDs? And why would I advise that senior bankers keep their spending in check? There are several reasons:

You typically only enjoy something during the first few weeks of owning it – then the novelty wears off. So why bother buying top-range brands when there are so many excellent middle-market alternatives out there? I find my Muji bags good enough when I travel. My Audi cars (no Ferraris) have served me well wherever I have worked, be it Singapore, Shanghai or Hong Kong.

Some of the expensive things that bankers like buying aren’t always practical, especially when you’re travelling a lot. Expensive cuff links and French-cuff shirts are almost a standard among male bankers. But I avoid both. It’s annoying on a business trip if you forget your cuffs – your shirts become unusable. I once had to buy two loaves of bread just to get some twist-ties to keep my shirt cuffs together. As a banker, my focus should be on serving clients, not on worrying about the expensive watch that I just remembered I left in my hotel room.

The MD rank is no guarantee of job security. In fact, senior bankers have been more likely to be laid off in recent years. And if you lose your MD job, it’s disproportionally difficulty to find one that pays a similar salary and bonus – banks in Asia don’t hire much at this level. In short, a flashy lifestyle is potentially unsustainable because it’s linked to one’s ability to make an ever-increasing yearly revenue budget. When I became an MD in 2011, I was a bit nervous because I’d seen many people get made redundant shortly after being promoted. And throughout my time as a senior banker, I was always grateful and didn’t assume my job would be there forever. So I simply wasn’t willing to boost my spending.

It’s better to save

By not spending so much when I was an MD, I was able to set more money aside so that I could maintain my lifestyle when I retired from the industry, and could be my own boss, and do something I love. And I’ve been able to achieve my goal – I set up a training and career coaching firm in 2016, continued my university teaching and now also blog to 2.5m followers on LinkedIn.

I prefer the personal touch

Here’s an example of a cheaper product being more effective: As a banker, I didn’t write with a pricey Montblanc; I always used Pilot pens and would make large orders of them with my name and email address printed on each one. I’d give them away to clients and potential clients, who would have a reminder of me on their desks. I tailored my suits not only because it was cheaper than buying off the rack, but also because I like to have pockets for my iPhone and access cards.

My habit of comparing prices

Noticing my Timex watch, an analyst once asked me why I didn’t wear a ‘proper’ watch that seniors bankers typically wear. I told him that it was partly because my modest family background (my mother worked two jobs just to get money to buy groceries) meant I’d always been ‘price sensitive’. I still have a bad habit of comparing prices between different supermarkets, for example, even though I can probably afford to buy anything on their shelves. 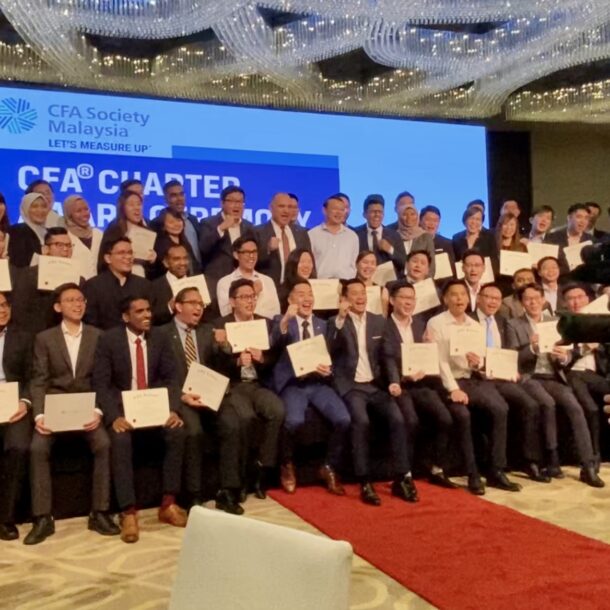 Training professionals to be successful at work and in life